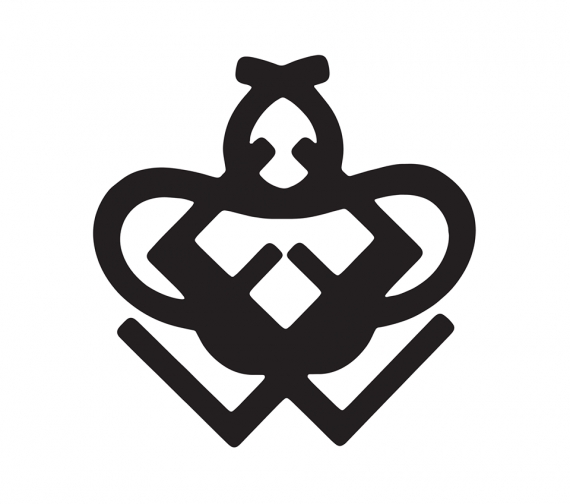 Grumble Bee aka Jack Bennett has released his debut EP ‘Disconnect’, so we took the opportunity to chat to the talented soloist about his new project and what this year holds for him.

You can listen to his single ‘Sky Writer’ here.

“Great thanks, hope you're keeping well too, mysterious interviewer!

"You are about to release your new EP, can you tell me a little bit about it?  “Yeah! My debut EP, 'Disconnect' is a sort of mixed bag of pop/RnB vocal melodies, undertones of dark/alt-rock tonal, lyrical & structural influences, with a - hopefully - balancing layer of major keys & upbeat melodies as well! The EP as a whole lyrically is literally about the longing to disassociate with everything & everyone, whilst sort of trying to find out why I'm trying to do that! A bit of a constant battle with myself and myself I think! Hopefully, that doesn't sound too "niche", as I honestly think this is the most accepted record I've ever been part of, across lots of different audience types, so I'm thrilled with that so far.”

Music has been a massive influence in your life since you were young, how did it start?

“I think my love for music started out when I was singing operatically to my parents at about three-ish (or so I've heard I was!). The first proper instrument I was hooked on was Piano when I was six and I think it's the one of the most useful instruments ever invented. I stayed with that for a few years, doing lessons and things, but sort of went off at a tangent working on other instruments and taking lessons or teaching myself other stuff! I've always been massively into melody and rhythms, and it's never been a conscious thought to try hard to write them, so I just really tried to practice hard on different instruments to make sure I can re-create the ideas in my head to a decent standard.”

What influences your emotive sound and lyrics?

“Usually, lyrically it's about how dramatic and cynical I am - which is kind of annoying, that, that seems to creep up on me all the time. But I think, as long as there's a sort of passion driving the music/melodies I'm singing/playing it will always relate & resonate with people.     I've always loved bands like Brand New - and especially their live performances - so bonkers & raw, you can never tell when he's going to scream or whisper & I absolutely love that. Everything just revolves about getting the audience engaged in what they're watching, without having to ask them.”

How would you say you differ from other bands and artists on the scene?

“I think objectively, my music is pretty similar to a load of other "pop songs" out there, it's just the way I've structured the arrangement of instruments, which might give it a more obscure alt/rock slant. I don't really focus too much on how to be different; I just try to write the way I hear things in my head and hopefully that might come across as something new to a listener.”

What is your favourite song from your new EP and why?

How does Grumble Bee differ from that of playing in a band?

“The weirdest part of doing things this way, is the fact I'm never able to hear the songs in a live situation until it's essentially finished & invite the other two guys in to try it out. It's quite fun doing things this way, though, as I have creative control, so everything is resting on if the overall song is any good or not - and I get to approach the song as a whole - rather than as a "guitarist" or "drummer" etc - eg/ maybe too many fills on drums or really overpowering guitar in the mix. I think little things like that make a big difference to how many people I can get into my music - purely through the mix balance & arrangement, because essentially if it's slightly heavy or softer, it all of a sudden (for some reason) gets labelled as a different genre..”

“Lots of gigging and getting my name out there hopefully! I'll hopefully be releasing a seconded EP later in the year as well if all goes to plan.”

What are you most excited for?

“Gigging and being able to tour with close friends & family is the best part for me personally. Though, I've got a new-found love of production & working on my own tracks in the studio too!”

Will you be touring the UK?

“I have a few plans for touring/gigging later in the year too, but the next upcoming shows are in March with The Dear Hunter (US) across the UK;  March:- 7th - Bristol, Lantern 8th - Brighton, Bleach 10th - Norwich, Waterfront Studio 11th - Manchester, Deaf Institute 12th - Edinburgh, Electric Circus 14th - Liverpool, The Nordic 15th - Birmingham, The Sunflower Lounge 16th - London, The Dome.

Describe your music in three words.