Login
Facebook Twitter YouTube
Recent activities 731 days 3 hours 47 minutes ago
9 Total members
Female members: 0
Male members: 0
You are here : Home / News & Reviews / Patent Pending Have Announced That They Have A New Cover Album
A+ A A-
05 May

Patent Pending Have Announced That They Have A New Cover Album 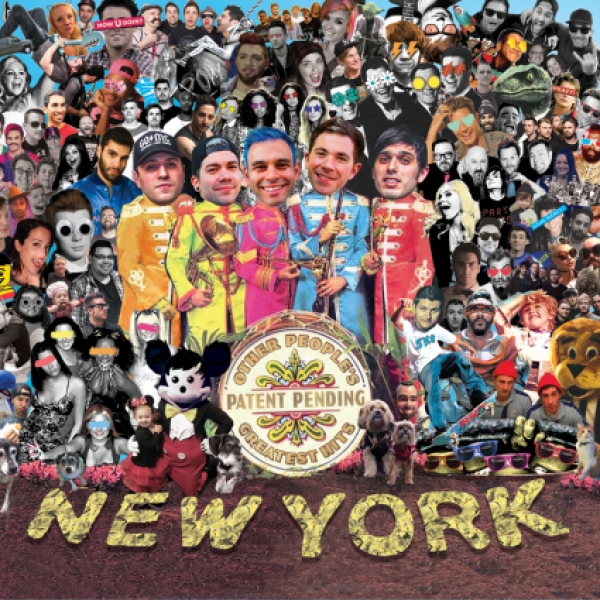 As they get ready to hit the UK for their Spring Break Tour, American party punkers Patent Pending have announced that they have a new cover album! While the band has been known for playing cover songs at their shows, this time they were so excited about the tracks chosen, and the way they were revisited, that they absolutely had to hit the studio to record them. 'Other People's Greatest Hits' comes out on May 26th via Rude Records, and the first song "Spice Up Your Life" is available here.

"As soon as we decided to do this project we knew we wanted to do a Spice Girls song. We all grew up loving them. We actually had a copy of the movie in our old tour bus that we used to watch on repeat at one point. Other than our love for the Spice Girls we also wanted to do one of their songs because they truly represent girl power. In times like these where women are being treated terribly and there is turmoil both with our new government here in the USA and many other places around the world, I think we could all use a little more Girl Power. While listening to the Spice Girls catalog to decide on a song to do we noticed that Spice Up Your Life is a really heavy song musically! Kind of reminded us of a My Chemical Romance vibe. It turns out that if you switch the synths for guitars and make the song a little angrier you get the gnarliest and probably heaviest Patent Pending recording of all time. This song was one of my favorite recording sessions of my entire life" says singer Joe Pending.