Select Captain - Off To Save The World - Album - Review 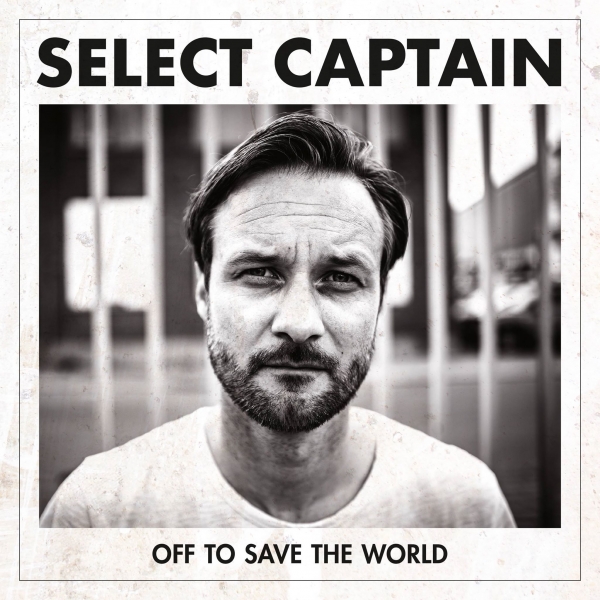 Singer, songwriter Kristian Gaarskjaers aka Select Captain has dropped his brand new album ‘Off To Save The World’!

Kristian has taken control and started his own label Soundchest Records where he’ll release the new album digitally, on vinyl and on CD. The first single from the new album, ‘If I Should Go’, has reached more than 1.45 mio. Streams on Spotify, and 14 of The Captains songs has been on national Danish radio over the past few years, even a few from the new album have already found their way to an early radio-debut.

More than 150 concerts over the past 4 years, solo, as a duo, and with his full band has given Select Captain experiences which has also been put to great use creatively this time around.

“I’ve reached a point where I’m not that scared to share my songwriting with other people. I’ve written the songs on the new album with a few different songwriters this time around. The entire process started with a so-called songwriting-camp arranged by Danish writers-guild DPA. In a few days I wrote some great songs with American songwriters and Danish producer and musician Asger Møller. Afterwards I decided to create the new album based on the songs we wrote that week, and I’ve worked with a few different songwriters and producers afterwards. The result is a more speckled album, which is relatively quiet, and with lyrical themes surrounding uncertainty. Uncertainty about oneself, life, what you do and the people around you. The bombastic title can maybe sound a bit far-fetched, but the mindset behind it is quite personal and is probably more about saving my own little world.”

2. Off To Save The World

10. Out In Space And In Between

With every release Select Captain continues to grow. This is a standout release from the singer songwriter. The record has both a subtle and intimate sound and at times a larger landscape sound like in ‘Highest Peaks’. ‘Off To Save The World’ is a well-crafted and mature sounding record that evokes emotions of uncertainty and will keep you listening from the very first note until the last with this rock/folk cross over.