Here you can find out all the latest news from the music world, as well as reviews of the newest albums and EP’s. 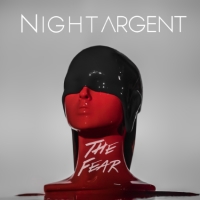 "We're just killing time before we die" is the stateside artists Forest Pookey latest EP. In a complete contrast to the release's sombre title, the EP is an absolute joy. This isn't to say that the contents of forests work are not sincere, emotions are laid bare but this cocktail of emotions becomes diluted with upbeat instrumentals finished with a generous wedge of inspired song-writing.
Read more...
Friday, 09 June 2017 16:11

It’s not uncommon for a band to publicly stand behind issues they care about. What’s far less common is for a band to let themselves be explicitly “about” a single issue; Hayride Casualties’ first full-length release, Fossil Fuel Kid, is a notable example: compelling music in its own right that also carries an equally compelling, unambiguous message about what many call the defining issue of our lifetimes: climate change. Released today, with a premiere by The Deli Magazine yesterday, it's an album more relevant than ever, bringing with it an urgent call to action.
Read more...
Friday, 02 June 2017 10:54

Published in News & Reviews Written by Chloe Bevan
Hailing from the northwest, “esoteric metal” outfit Dharma have been honing their writing skills for years, only making a short departure from the stage in order to focus on life outside the band. Despite this early disappearing act that would cast a shadow of scepticism upon any rockers future, guitarist and writer Ash Betton believes it was for the best, allowing them to return “full of fresh ideas” and what they believe to be their “strongest work yet”.
Read more...